Ah the smell of the open road, this time back in Squeeze gears. Blackburn and a warm up show not to be sneezed at, across the road from many a curry house and many a strange face. I was late for the Gm jam that flavours most sound checks. It all sounded good to me. […] 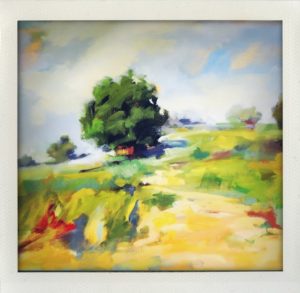 Ah the smell of the open road, this time back in Squeeze gears. Blackburn and a warm up show not to be sneezed at, across the road from many a curry house and many a strange face. I was late for the Gm jam that flavours most sound checks. It all sounded good to me. The show was a race back in time across the chord sheets of last year, and all those many stages and feelings. The lights were hot, old fashion back burners and bum eliminators. I think we did a good job or a warm up, after the show i bolted for my digs, the house was in darkness until i knocked several times and a man with a very thin neck came to open the door in his crusty thread bare dressing gown, he had no idea where i was staying but we got there. Up at the slice of toast and back up the road to Perth where the sun had its hat on all day long. Back stage at the BBC Big Weekend we readied ourselves for our half hour slot, we took to the stage a did a fine job, one and all. Glenn and me did some radio shows, some interviews and then some catering, it was less stressful than i thought it might be. The band were pleased to see me and said so in the dressing room which touched my heart. They missed me in Oz, and i missed them too, but theres always a next time. After a long short summers day i minced off to a nice hotel part owned by Andy Murray for some amazing food and a lay on a massive bed, exhausted from the show and the drives. I quickly glazed over and tried to sleep, but the pudding got the better of me and i hovered in mid air for many a thoughtful hour.

Next stop Glasgow, another nice day and a very tasty curry at Mother India, it sat in my tummy far too long and during the show i felt it wrestle with the words in my mouth, the pitch battle of curry verses song not a nice feeling and never again. The curry won and i struggled to get off the ropes, but i have to say it was a fantastic show. Glasgow after all has the biggest voices and the deepest hearts. Yes, after the show a drive back to the digs, this time the door was open, but i had no idea which room i was in. Eventually i got there, the room overlooking the river with the fireplace. Konk, i was out like a light. After a short breakfast i raced home down the old motorways of England, to home. A jolly short mini tour with all the nuts and bolts back in the bag. Once i got home me and Louise went to see Mood Music at the Old Vic, a play about a narcissistic songwriter producer, it was thought provoking and a little uncomfortable at times. Brilliantly staged, two therapists two performers, and two lawyers. So many of my friends went to see this too, we all shared the same view that it opened up a window of light that let in and illuminated the many stories we all have about the industry we swim in.

Squeeze are a tight outfit, everyone is on fine form the shows went well and it was nice to see one and all, remembering how life could be, suits and all. A summer of festivals is right up my street lightly peppered with a few solo shows along the way, and one or two with young Jools. As the sun shines, the hay is there to be made. Deep feelings veer my eyes and thoughts elsewhere, to what ifs and how comes. Its all there, deep down, the journey and the furnace that is regrets. Although i have none, well too few to mention. Nature delivers during May and June, its such a very special time warming up in the sun, out by the roses, sipping in the views from the barn, which will soon be something of the past. Optimism is rife, and so be it. I am so lucky to be in a band at this time of my life, for however long that lasts who knows. Today though its a very special place filled with good hearts and minds, clever songs, and the Cool For Cats worn out shoe that everyone loves to hear.

Today i can listen to all of my old cassettes as i have a player that hooks up to my mac, i may now go missing for a few months while i swell over many old recordings of the band down the years. Treasured moments for sure, i can’t wait to try it out, but i have a pencil ready waiting just incase i have to spool back, or write some words to go with the mood of the memory. Speaking of memory, i bumped into Keith Wilkinson this last weekend at a festival where i played a stunning set with Boo, Keith was on the bigger stage with his band. He looked and felt the same, some hugs and nice to see you’s. Odd, how you spend years in bunks and busses with people and then woof they are no longer part of your life. Its the way it is, thats how it all works, how we evolve. Keepy seemed good and living in Kent, i hope to see him again soon. Another branch from the Squeeze family tree. There are so many branches, i saw John Bentley a few months back, he is a sturdy old branch, and Gilson too. Writing with Paul Carrack recently i sat on his branch and he took the weight while i wrote him some words. Its a tree that will forever sweat the sap of songs and feelings that have been placed deep in its roots for all time.

I feel tired now as i complete this post wishing i could type faster and with more perfection, if only i could be a proper writer like the others, its ok i am only me after all. As i yawn i can feel the rattle of sleep, the far off and deep darkness that awaits me. I fall quickly, and then soon enough i wake to wee, i waddle across the floor half asleep and half awake, i stand and stand and stand some more. Back at the coal face i rest my head on the pillow, i pitch my snoring so im told in the direction of home, like a fog bound vessel on a shallow bank on its way to the harbour. As i drift slowly off this strange song comes into my head, and im taken back to 98 Combe Avenue where i first heard it on the tele. Hessian days. I’m comin’ home i’ve done my time, now I’ve got to know what is and isn’t mine……(drifts into echo)