I watched The Defiant Ones with Louise on the sofa this week and was moved in so many ways, its one of the best documentaries I have seen. It engaged me and scared me too. It made me think about fame and fortune and what that means to me. Yes I had the large PRS […]

Published on May 14, 2018by Chris Diffordon Blog 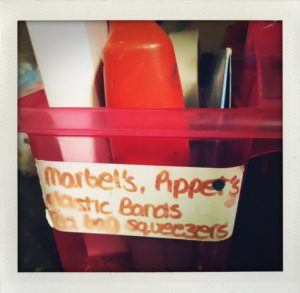 I watched The Defiant Ones with Louise on the sofa this week and was moved in so many ways, its one of the best documentaries I have seen. It engaged me and scared me too. It made me think about fame and fortune and what that means to me. Yes I had the large PRS statements and yes the gold discs but never really the fame that was best suited to the better suited arctic kind of monkeys. I was not the right candidate for private jets or houses on the beach, I was not the person who walked into the mirror and came out the other side covered in honey and hats. It was never meant to be, for a reason. The oscillation of band members always created the effect of waltzing with ones success, one step this way and one step that. I feel blessed to be where I am today but I often glance over my shoulder to see where my shadow may have fallen just on case i missed something.

Dr Dre from his humble background in LA to his massive success with Apple and Beats. His rub with the law, his hood and his desire to succeed pulled him through the roughest of times. Im not easy with rap music but the flow of the tide had me diving for pearls. Jimmy Iovine came from a similar background but on the East Coast of America, his studio work in the early days kept him in the centre of his journey, his dark eyes and his stable ears made him who he is. Stubborn and creative. Both gentlemen, single minded and dangerous. Its as if they pulled the sheets up on their respective musical worlds and folded the bed back into the sofa. Making millions on route. And then Apple. Streaming and the biggest deal in history with the biggest company in America. Headphones and celebrity. Together they came to shave off the stubble from a six o clock shadow on the face of digital music.

As I have found out for myself on tour recently the CD is almost buried in the past, and I don’t want to be the the man who sells the last CD, not one of my quotes by the way. I was left feeling like we are at the end of the rug, down there where I played toys deep in my imagination, now its all about to be rolled up for remnant’s. Streaming is wonderful and the way forward but the sound is not clever, unless you subscribe to Tidal. So why did these two not address this on the tarmac of the airport at Apple when the cheque came in. What would it cost to make our music sound better for everyone as we stream our favourite songs down copper and fibre pipe. I can not tell you how much I make from streaming but its not a whole heap of beans, im past worrying about that stream of income. My celebrity has come and gone, its now at best playing for 200 or so people solo or a few thousand with Squeeze, its not good enough any more to spend thousands on recording records its not good enough to sweat the small stuff. What is good enough is just staying in the very moment i was created for. Because thats all I really have, thats as valuable as all the beach houses in the world. If only that moment sounded better, like the sound of records in the 70’s.

The documentary made me sit up and scratch my stubble a little about the what could have beens, but God knows. Watch it and see where it takes you, I was so impressed and was deeply moved by the ending. Although not resolved, it paints a picture of ageing men like an Oak. I read today that Jimmy is about to leave Apple but Dre is still in the studio mastering the words Mother Fucker with his mates. His new album sounds amazing, not Shakespeare but poetry none the less. Squeeze sold 500,000 copies of our single Cool For Cats, and as many for Up The Junction, today we sell maybe 5,000 copies of each album. If we are lucky. So as I feel the sheets come up on my bed too I risk the challenge of change and try to think outside of the box, and dare. Like they did. But what box, and what do I dare with? What an incredible journey to have been on, this last 46 years cruising and brushing my way along the winding road. Without so much luck where would I be. Just as I sell all my guitars and amps, just as I kick start that young person within me, to nurture and to risk a new embrace on something more tangy than the bitterness that sometimes surrounds me. I can almost feel the warmth of the innocents that was my teenage self, and the paradise that lifted his head up from the toys on the floor to see the wood outside and then the trees. In that forrest not so much fortune but a fire that kept me warm and complete. In the documentary you can feel that fire glowing in both stories for both men, its amazing to watch. Its inspired me to reach out and see how far I can stretch myself. Even at my ripe age I know there is something more on the horizon, what it is I may never know. Without the dream though I may as well stack shelves in Waitrose or work in the garden centre up the road.

Combe Avenue is hardly Compton and in no way could you compare the ride of Jimmy Iovine with that of myself, but there are similarities. I would love to have met him along the way to discover some of them, im sure he would have liked Squeeze. Im not sure how it would have worked in the studio, tough call. I don’t know why it effected me so deeply, maybe because im in a fragile place at the moment. The editing of the show was perfect and very clever, the flow of the narrative was perfect too. Compared to the Squeeze documentary it was like Cheddar and dairy lee. We have never been the big cheese and at this end of the telescope i think i can spot some of the reasons why, and i take full responsibility for that too.