Over the last ten years gradually my escapades at the bowl have been in decline. I don’t think I could ever pee over a five bar gate but I certainly can’t anymore. Many nights on a tour bus not sleeping not weeing, many broken nights at home chasing the bladder down the corridor, so I […] 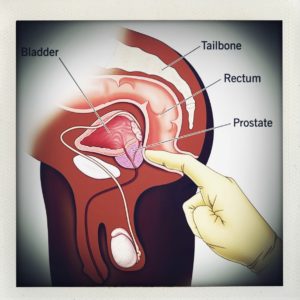 Over the last ten years gradually my escapades at the bowl have been in decline. I don’t think I could ever pee over a five bar gate but I certainly can’t anymore. Many nights on a tour bus not sleeping not weeing, many broken nights at home chasing the bladder down the corridor, so I went to visit the Professor who booked a scan, and there it was. I let it go for a few weeks and decided that it’s not really that bad taking pretending to know more than the Doctor, but with no degree. The normal up 5 times a night carried on until one night nothing, nothing at all. Not a dribble nothing. Louise told me how dangerous this could be and promptly took me to A&E in Brighton. I was in serious pain. On route I had three phantom wee’s by the side of the road I was hanging on tight, it was so painful. Once in the door of the busy hospital I was very quickly taken into a room where my bladder was scanned, then into another room where a catheter was fitted, chaps it’s the most uncomfortable feeling, I was beside myself with anxiety. Thankfully Louise held my hand and took over care duties once we got home where I remained connected to a bag for over a week. I had become the old man in the care home I needed almost everything done for me, manhood demoted. Professor Mark organised for me to see Micheal who would teach me how to use the catheter myself, a long greasy tube put inside the toy shops letterbox, it was beyond difficult and was like trying to feed a hosepipe into a doughnut with one hand. I was useless and all the while my bladder was still not playing ball. My next call was with Marius who talked me through the procedure of an operation, suddenly things gathered pace. A week flew by and then Guys Hospital for the big day. After many tests I was dressed in a gown socks and more socks, I was childish and nervous as I had never been operated on before. I sobbed and said I’m sure it will be ok, but next thing I knew I was in the lift going down to meet the anaesthetic, a nonchalant kind of chap, and me a wreck, another one for him to deal with. Louise held me and distracted by nurses I fell into a sleep. My last words were, ‘Louise makes amazing sandwiches’ Two hours later I was back, hazy memories and sore feelings with 86g of the Prostate removed by the marvellous Marius. I slept like two logs and woke up to a pot of Ambrosia cream rice. I was in heaven and then I fell asleep again. The following day the nurse told me I could not go home without passing urine three times, not possible. I won’t go into the details. Later that day Louise drove me home to the country, and that’s where I have been for the few weeks taking it easy drinking lots of cold water and wondering what happened. To be able to pee again is a relief in both senses of the word, it’s a flow beyond any, its surreal, not a full helping but getting there. My carburettor had been cleaned out and the car could start once again, but slowly.

I’ve learned so much about water intake, and out take, so much about surgery so much about friendship. From all quarters people have come out to hold my hand via social media or by sending me a get well card, I feel very blessed indeed. Water has never been something I have enjoyed much but now I know how important it is. I drank gallons and nothing showed in my bladder, my body took it all on route, that’s how incredible the body really is. All day long I sip the cold white stuff and balance has come, apparently I look better too. The body heals itself so incredibly well, as I sit here I can feel the re pasture of my lower insides, the bladder working as it should and there seems more room at the inn, although the inn is a little creaky at the moment. My word to all men is simply get yourself sorted, a blood test is a good starting point, that’s all it takes to find out how things are and how high or low your PSA may be. Some people I know have had it much worse than me and I send them hugs, they have shared with me how it was for them and in turn that has given me much strength and gratitude that I am doing well, I heal and a return to the normal ish world is on its way. The band have been so wonderful and generous too, I missed two shows which really upset me but they sent me much love. Good chums indeed.

The searing heat has floored me and helped me stay still in the comfy chair, its been ruthless but so very helpful. My program has been a lifesaver too, and all of my sobriety friends who have shared with me keep me afloat and in the moment. Summer is passing now and into the turning seasons of September we must seek, a run back up the last six months of the year and touring again, flights to navigate and people to please. Songs of praise. Gifted with the words I have been given the songs I have family with recruit the imagination once again so that I can set sail for another songwriting island where inspiration sits on a rock waiting for me to say hello. On this recent journey Louise has been amazing and I love her for looking after me, keeping me fed and watered keeping house and being there emotionally for me, my children have also been incredible. I feel so lucky that everything has gone well, thank you Marius, thank you Professor Mark Pemberton and thank you Guys Hospital. A five bar gate is only a short walk from my house, it will remain there open and closed as time passes us by but I won’t be pissing over it for a long time to come, if ever.