I have been on and off tour since the end of July this year, and this last month or two is taking its toll as the driving folds me over with tiredness. I love driving but each day I seem to spend at least 4 hours at the wheel. The shows have been amazing and […] 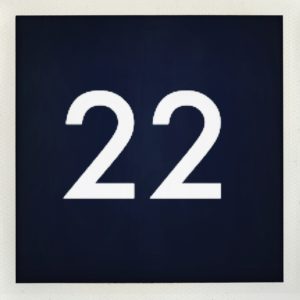 I have been on and off tour since the end of July this year, and this last month or two is taking its toll as the driving folds me over with tiredness. I love driving but each day I seem to spend at least 4 hours at the wheel. The shows have been amazing and I feel so lucky to have this stage late in my years, what a treat to feel the goodness of the soul. When I was 18 I never thought I would be touring beyond the years of my Father. He seemed too old to me then, he was young really and so am I, to stop now and smell the roses would be a stoop too far. This year has been so amazing all of these shows, all of these faces and songs. There have been moments of wonder but they pass, they pass when you believe that everything will be ok in the end. It has to be. From two warm up shows the band took the large stage of Madness, what a treat to see their magic being woven with the love of their songs and the people who come to see them, worship them even. A massive stage set to be under. The manager came and gave us a pep talk after the show, its the kind of partnership I don’t think we have ever had with a manager, Jake maybe. They have a good team about them that’s for sure. Its family, our family is slightly different and I won’t ever know how it works. Glasgow today, last night Aberdeen where I was told by one punter to Fuck off. I sent him a Christmas Card. We are off stage by 8.30 so its an easy ride in some ways, last night I took to the road and came right to the hotel in Glasgow where I flopped like a fish into bed curling up on the pillow for all lights out.

From Glasgow down to Manchester and a few weeks that have passed, the shows have been building and its been amazing for us to get standing ovations each night, wonderful stuff. I feel very happy with this tour and its inspiring to note we are all fit and well and covid free after so many shows. 7 other tours have gone to the wall during these past few weeks, we have kept the tight bubble tighter than ever. These big impressive shows are for the grandchildren, and I hope as a band we may be here again, but it’s a long call from this dressing room to the stage. My day is breakfast to Audi, Audi to sat nav to back stage, to dressing room to catering and soundcheck, to stage and show, tits and teeth bow and back in the Audi to the next hotel. Hungry work. Little leg work, my work out is on stage the odd swivel and the side shuffle from one fat pose the the next, not as trim as once upon a time but at 67 I will never be John Travolta. Hours in the dressing room, hours in the car, and 55 minutes on the stage of no regrets.

It was like my vision cork screwed away from me, I felt the loss of control and had to rest my head on the table in catering, for one moment I thought it was curtains. I held on to Steve Martin tour manager serene, I came back and faced the fact, I was tired, knocked for six with two more shows to do and two more drives. For the past two weeks a bad cold has had me up all night coughing in fits and feeling like shit, negative tests tell me its not Covid. The cousin at its worse was deep in the body like a howl from a distant wolf, my heart was often in my mouth with anger. Sleeping was not easy but I managed to get to the dressing rooms. On stage I would cough on mic, not a good look or a good sound. I felt pretty rough but it was not Covid, or was it. I do need to rest to be home and not in the pressure cooker of touring with all its wonder and its climb.

2022 comes as no surprise it’s another year with many expectations and emotions to conquer. I have a speckle of dates coming up where I will be playing mostly songs from pre Squeeze and post 21. Just a few. There are a handful of summer festivals for the band to play, and a tour at the end of the year with all the usual stages, much to look forward to. I aim to write more and spend more time on writers retreats down in Somerset, all of this is found online and you can jump onboard if you fancy a Zoom or in person writers delight. As ever there is plenty to do in the mind garden and in the garden itself. A gentle look into the coming months, but for now I need to rest and soak up the incredible achievements of last year. 85 shows, thousands of miles on the clock playing to over 400,000 people, thats amazing when you think Covid was always on our doorstep. It’s not going away. The sad thing was keeping a bubble and not seeing friends or family at the shows, things may have changed for the future.

The Hall and Oates shows were mostly amazing, I think we won a few people over who had not seen us play before, they lit up when they heard us play Tempted. We were well looked after by the management and crew, long journeys but incredible. So professional too, the band played so well and kept a very tight ship. On tour with Jools is always so much fun, I feel part of the circus when I join, four songs and some fruit in the dressing room. I had a laugh, it was much needed, the joy of touring soothes the soul. On tour with Madness I felt confined on the stage as we were wedged at the front of the production, which was amazing and well put together. Again we were looked after so well by everyone in the Madness camp. North meets South. A year gone by, another drawer filled with memories. Home now for time to still, cure and be the human being not human doing. I feel at the shallow end of 22 tipping my toe into the water today to feel the temperature, there are health issues which need attending too, nothing serious, it seems like a good time to put the old car on blocks and see where the rust is forming. January is a good time for self soothing and knowing that for the rest of the year you are going to be in the best form you can be. At my age thats a treat.

I’m not sure what recording is all about anymore because I’m not sure who really cares about new songs, I do and there are many on the burner. This year is about trying to dedicate myself to song, a know a musical is possibly out of reach but the song is easy to grasp. All I have to do is sit at my desk and pray. Words come words fade words are part of this journey. People love the songs they know and the rare ones some people love too, its all about balance but there is a self yearning for new as well, it brings me joy to write songs even though they may enter get heard. These tours in 21 have been about planting seeds for the future and in a unique way the band will always have a home on a stage here there and possibly everywhere. I must risk and share. The joy of seeing people love the song is something I will never be able to grasp, it’s too emotional. I watch as people sing, they move, they smile, its all part of a magical moment one I never knew existed until recently. I feel more than grateful for the journey, the add in the sweet shop window and the many twists and turns along the way, some good some bad but mostly amazing. It’s so hard to get over how life deals you the cards you need when you are ready to need them, I have much to learn and lots of forgiveness in my heart but mostly its 2022 and all I can think about is toast and marmalade. All I can think about. See you down the shops.